I've heard epic stories from mothers who have boys....the antics and crazy stunts they try to pull. I just didn't know that it could start as young ages 2 and 4! Sheesh! 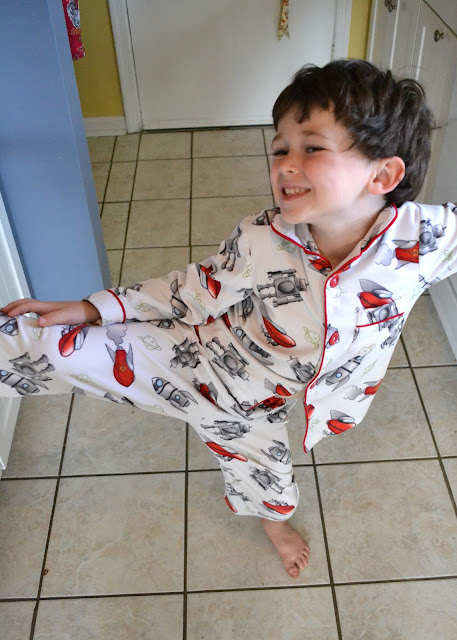 I was in the kitchen cooking dinner when Will walked in wearing the outfit above. Mind you it was 90+ degrees out and beyond humid.

I already know what he is talking about. The first time this event occurred was a few months ago, I just didn't know he named the activity. Skidding...hmmm you have to admit it's catchy. And the flannel pj uniform could start a trend ;) 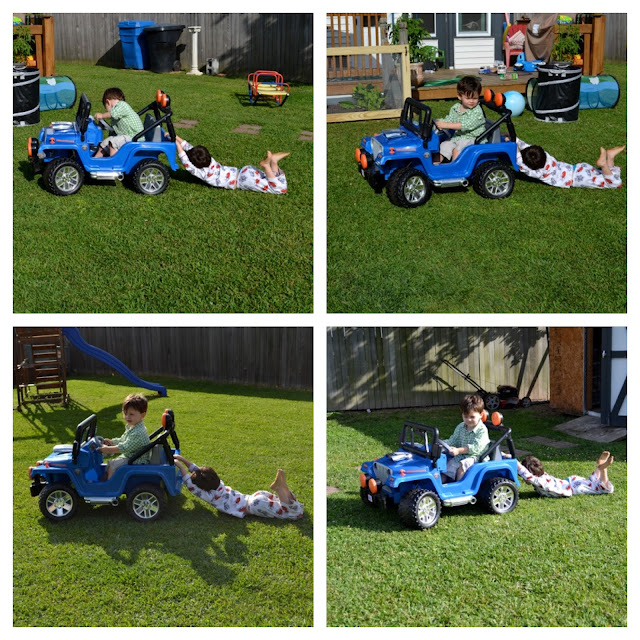 Jack is already waiting in the yard, jeep charged up and ready to roll. He loves the power he has in this game.

Will runs off the deck, does a very dramatic belly flop onto the grass and grabs the back of the jeep. "Go Jack go!" he yells.

Jack drops the jeep into the fastest gear and then they zip around the yard. Will screams with joy and Jack is prouder than a Georgia peach! It lasts a good 20 minutes :) 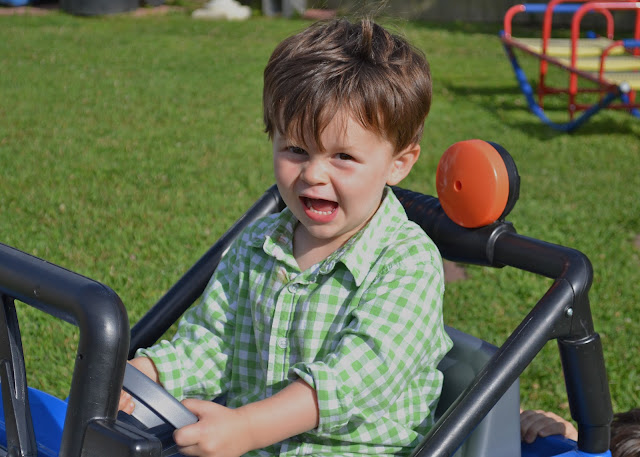 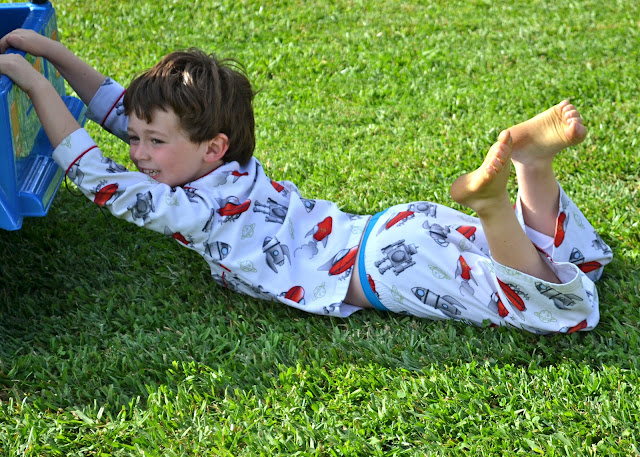 We've only had one injury from this so far. Will didn't realize it might be a bad idea to only do it in his undies....poor kid had scratches and hives all down the front of his body. Oh my! This is just the beginning isnt it????
Posted by ~ko at 8:27 AM