First, thank y'all for your kind, funny, and very caring words yesterday. I am so thankful to call you wonderful women my friends. It felt like all the hens came a'run'n, fluffed up my feathers and showed me some sunshine! I feel worlds better this morning ;)

I have a few crafting tutorials to share with you but I thought some simple sweetness was in oder. A momma bird built a nest in one of my planters last month and we were able to capture it all. The boys had so much fun watching the process and it made for some very fun conversation with my four year old. 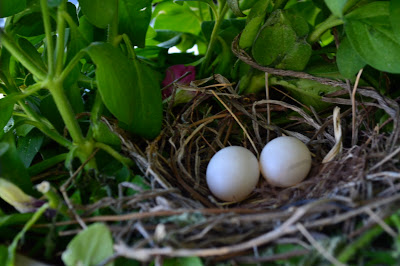 There wasn't much of a nest, just a few twigs and sticks slightly bent into a circlish form. And two pure white eggs graced the center. 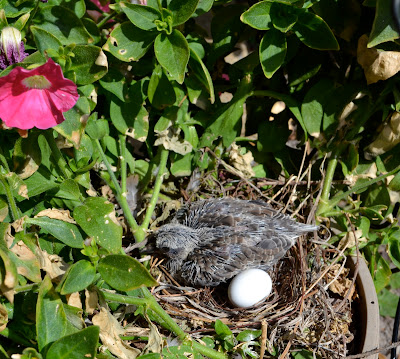 This little guy or I should say big guy is only a few days old. I'm amazed at how fast he grew. Will named him Skittles, he names every animal that...nevertheless, please say hello to Skittles the bird :) 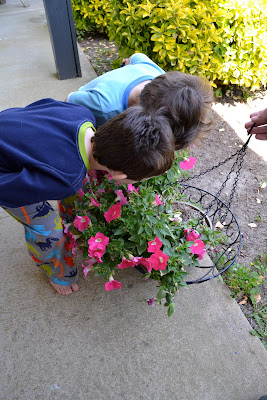 Thankfully the momma and I had an understanding. A few taps on the planter and she would fly out to the tree in the yard while I quickly and carefully watered the plant and cleaned up dead blooms. This also made a chance for the boys to peek in and see little Skittles up close. Then she would fly back and settle in. 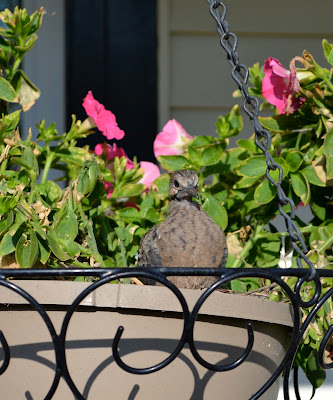 Skittles ended up being the only egg that hatched. This meant he didn't have to share his food and it was obvious he was getting too big for his little nest. Anytime we would go out to the car he would pop his head up and watch us. The boys would call out to him and he would turn his head slightly and watch. So cute! 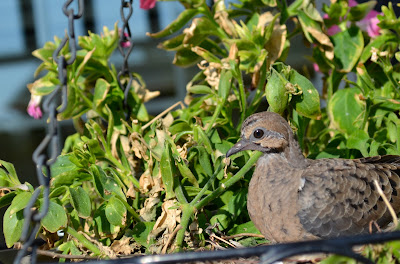 Last week we got to see the first flight. I'm still amazed that we were outside to capture it. I heard the momma squawking in the nest and watched her nudge him closer and closer to the edge. Skittles is a very stubborn bird and acted like he was going nowhere. She finally flew off and landed on the roof of the house next door. For 20 minutes she called to him. He would peak out, fluff his feathers, peck at his nest and then finally he flew!!! 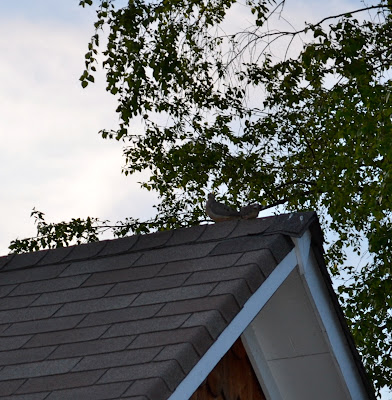 If you look closely at this picture you can see the momma with Skittles nestled right up next to her. We watched a few short practice flights from the roof to the tree branches and then they were off. What an awesome way to start out Spring!
Posted by ~ko at 6:53 AM