I'm going to smother y'all in pictures in this post. I apologize in advance but it is his day and oh goodness I think he's just delicious! So here is how we celebrated yesterday and today! 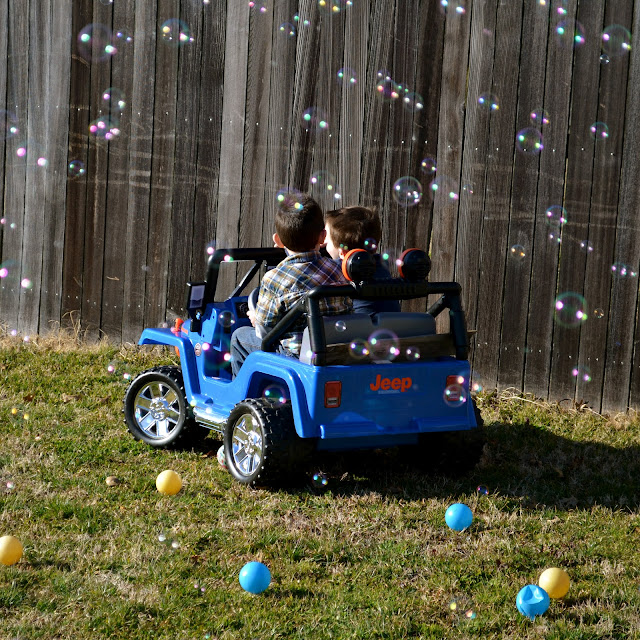 Oh my sweet boys! God knew exactly what He was doing giving me the two of them :) I love love love watching them together. 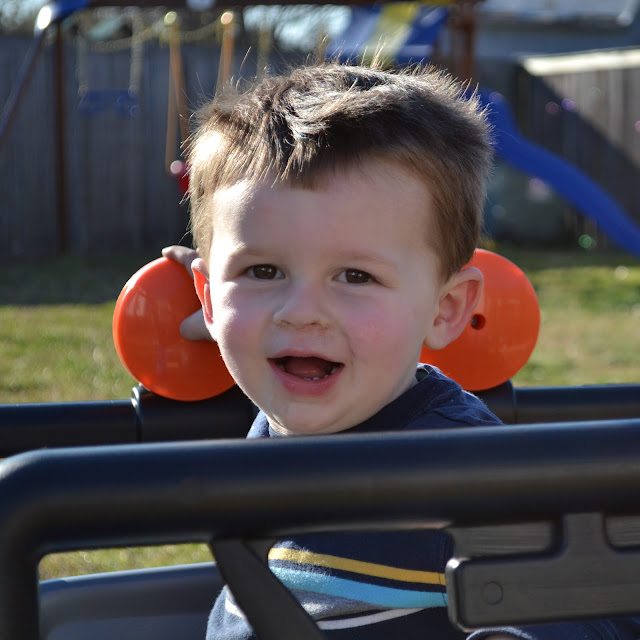 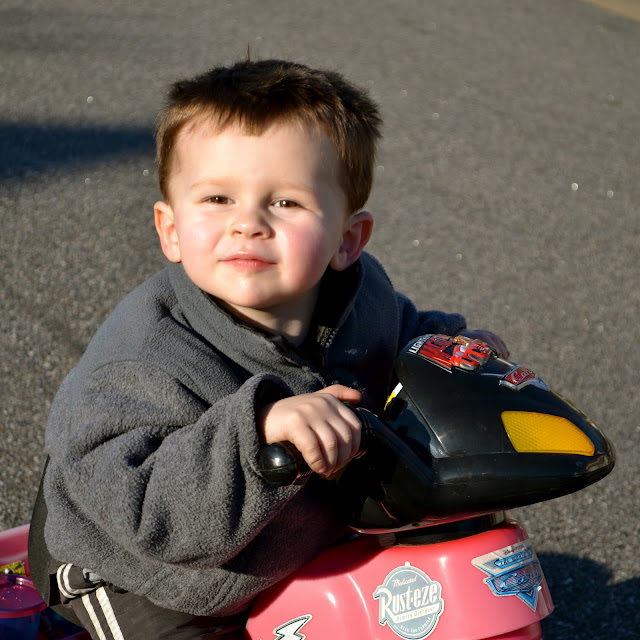 He is such a little spitfire! Feisty and hilarious! 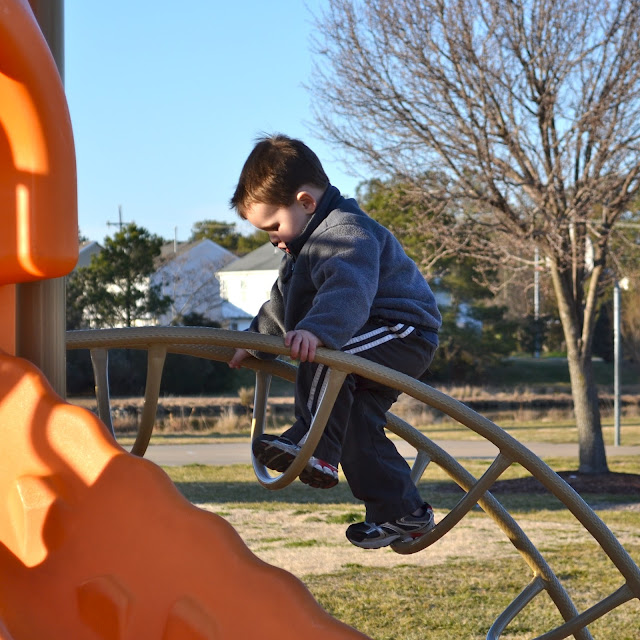 Always trying to keep up with his big brother, he amazes me every. single. day. 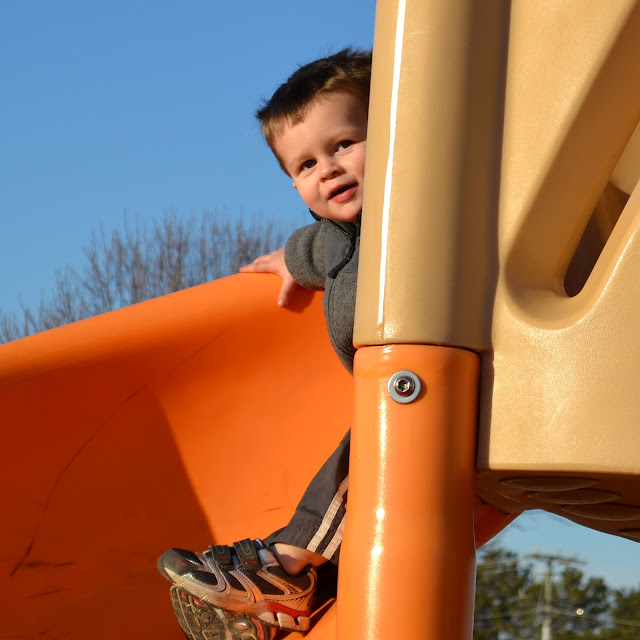 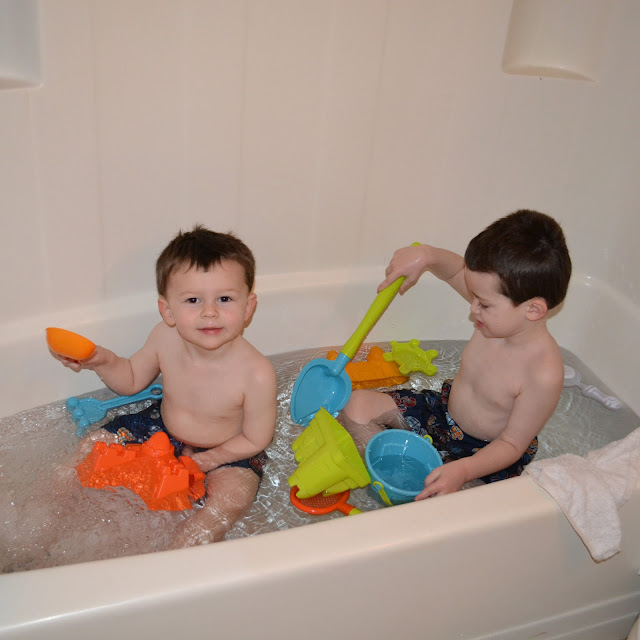 Jack was given a TON of sand toys for his birthday (and clothes too), thank you Grandpa and Memere :) Since the weather was crummy this morning we had a "beach day" in the tub. It was a huge hit! 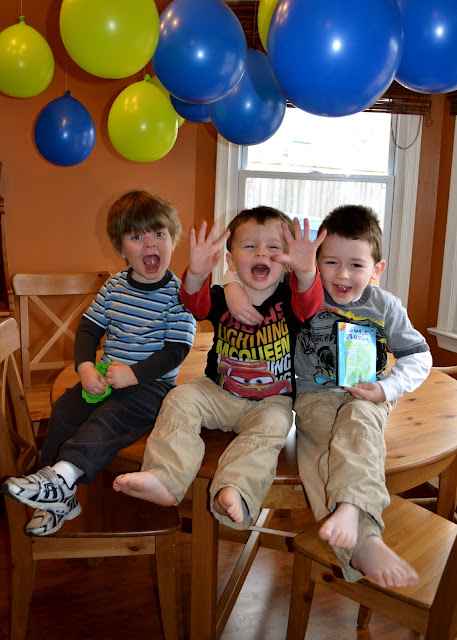 The cousins got together for a few hours and had a ball. The energy level between the three is off the charts! We took them to chick-fil-a to run it off and I ended up having to take a nap with Jack when we got home :) Whew! 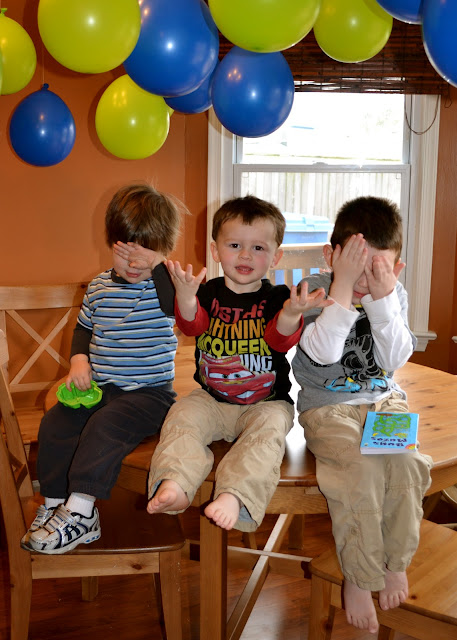 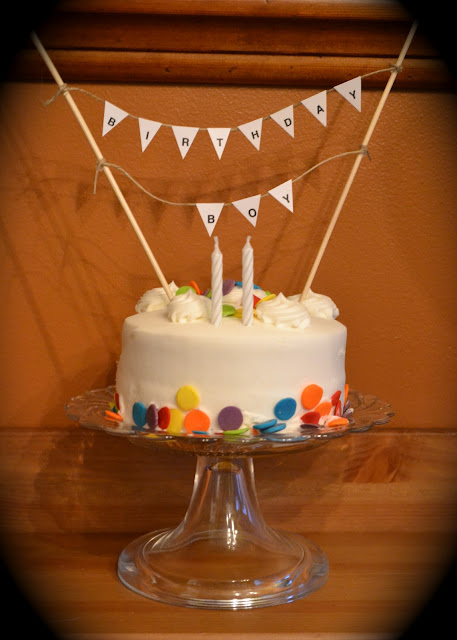 Jack's little cake turned out so cute!  He was thrilled :) 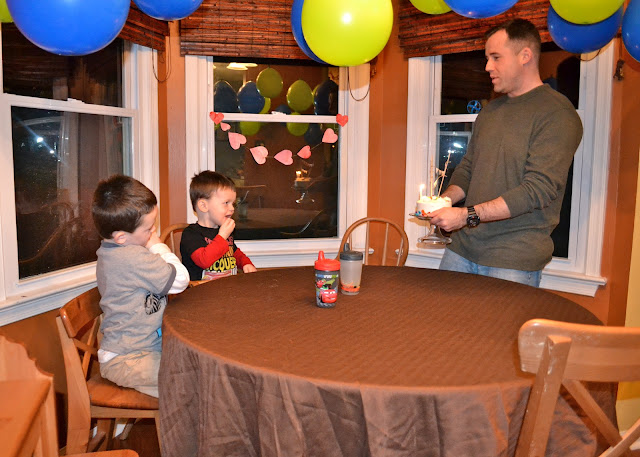 And...yes, I'm tearing up....his daddy was H O M E! For the first time ever, Bill was able to celebrate this day with us. God has done such a work connecting these two. Bill missed his birth and his first birthday and a bunch of time in-between and since then, but when you watch the two of them together you'd think they haven't spent a day apart. Jack is a daddy's boy and I'm not the least jealous! 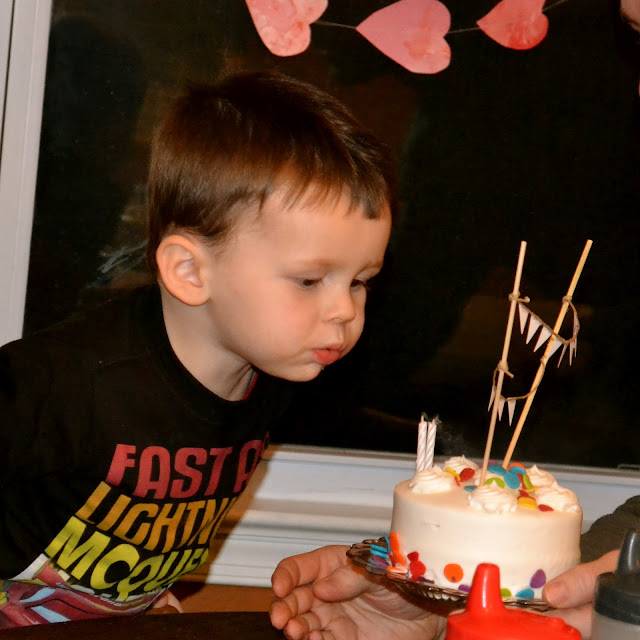 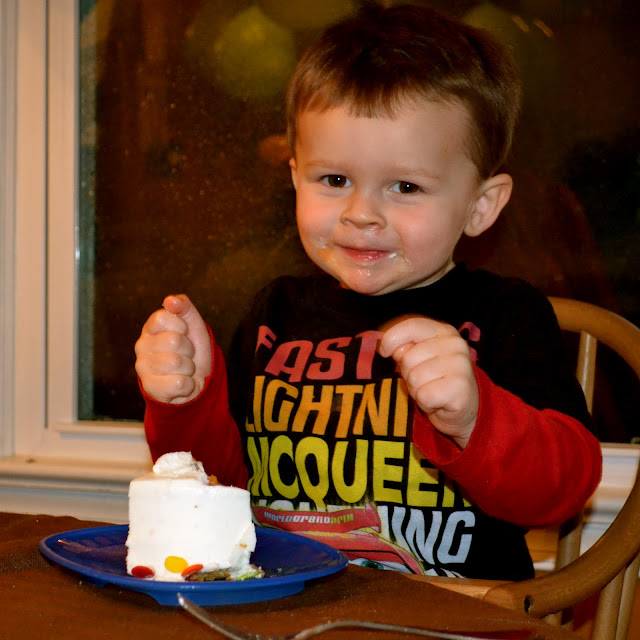 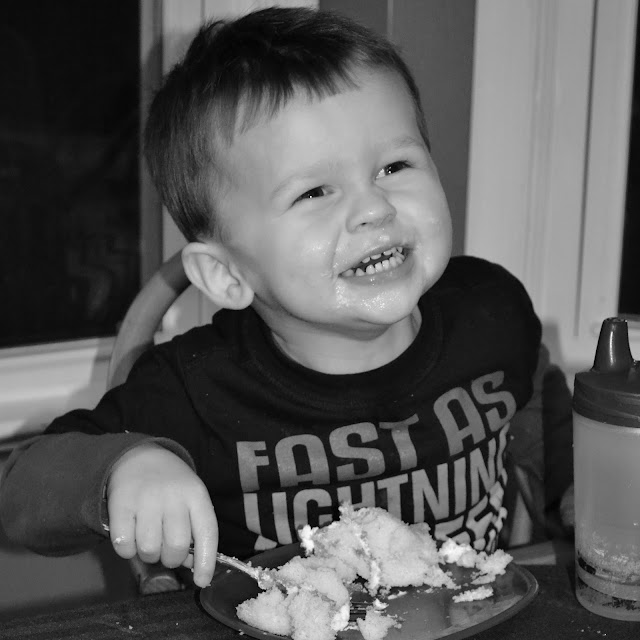 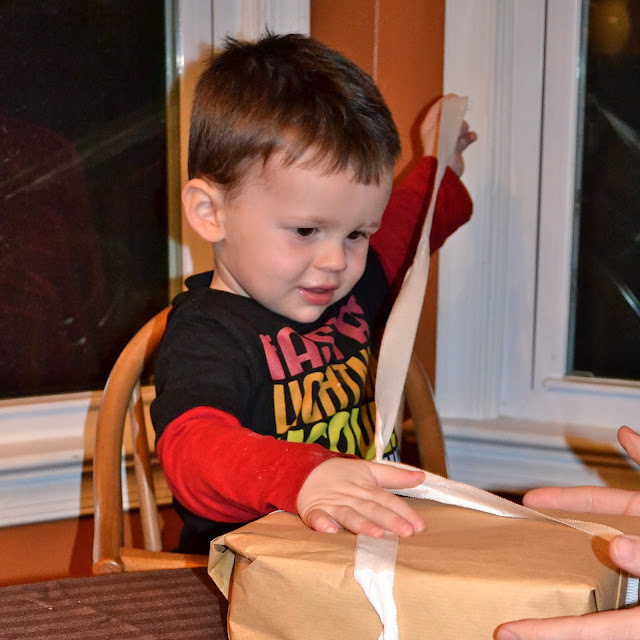 Brock and Sassy's gift arrived just in time and OH MY WORD! She outdid herself! 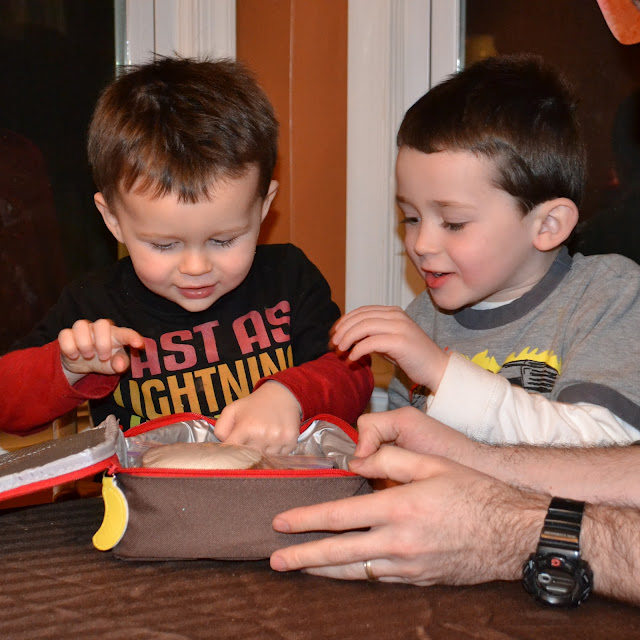 A cute little monkey lunchbox filled with an entire felt lunch! Adorable! It will be getting a photo shoot and it's own special post tomorrow I expect the pictures to go viral on pintrest ;)! 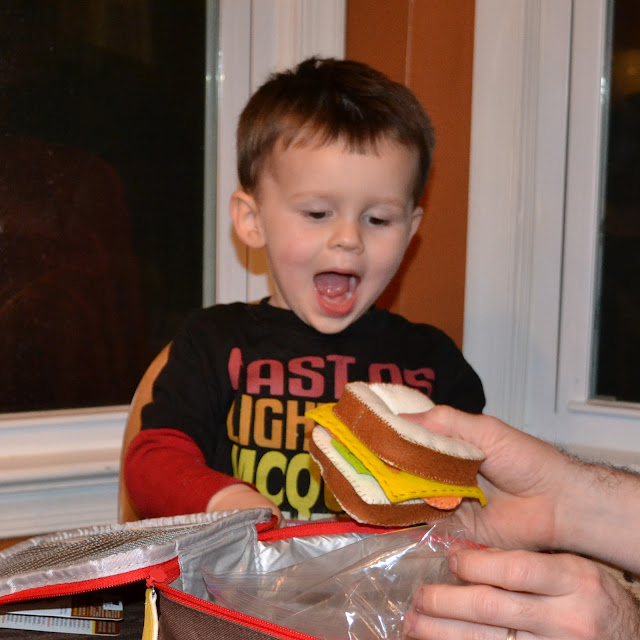 Thank you to EVERYONE who sent cards, gift, texts and made phone calls! His day was filled with so much love, I think he almost popped :) Happy sweet second birthday Jackson Theodore!
Posted by ~ko at 10:03 PM